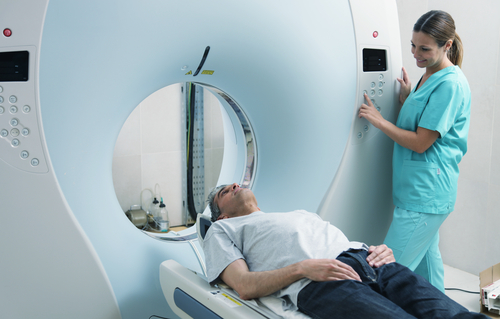 A comprehensive lung cancer screening program that uses CT scan technology developed at Intermountain Medical Center in Salt Lake City may provide smokers with a more precise way of determining if they have lung cancer.

The screening program drew on the results of the National Lung Screening Trial, a comprehensive trial in which CT scans were compared with typical chest X-rays for their accuracy in detecting lung cancer. Trial results demonstrated that lung cancer patients who were screened with CT scans had a 15 percent to 20 percent reduced risk of dying than those screened with standard X-ray.

“Taking results of a research study and applying them to the real world is extremely hard to do,” Denitza Blagev, MD, a pulmonologist at Intermountain Medical Center, and one of the program leaders, said in a news release. “But the Lung Cancer Screening Program at Intermountain Medical Center is a direct result of that effort, and because of the best practices that came from this research, we were able to diagnose three people with early stage lung cancer in the program’s first 18 months.”

The findings were presented by Dr. Blagev and her colleagues at the American Thoracic Society International Conference, recently held in Denver, Colorado.

Researchers tested the screening method between September 2014 and March 2015. Initially, 375 patients received CT scans. Of these, 272 were eligible to remain in the program. Nineteen of the eligible 272 scans exhibited evidence of malignant lung cancer, of which 11 were confirmed as malignant lung cancer and three considered to be early stage cancers.

“Our goal is to save every life that we can. Our results are comparable to the National Lung Screening Trial, in which it was deemed a success if they prevented just one cancer death for every 320 patients screened. The program we created from this study detected three early stage lung cancers … which is incredible,” said Dr. Blagev.

All patients who took part in the screening program were at high risk for lung cancer, with a smoking history of at least 30-pack years (equivalent to smoking a pack a day for  30 years), and all were former or current smokers without any sign of lung disease.

“Results from the National Lung Screening Trial and from our program have shown that screenings are very effective and will greatly benefit our patients going forward,” said Dr. Blagev. “These results will also help our patients financially as well. As of February of this year, the Centers for Medicare and Medicaid Services (CMS) issued a statement about how they will cover the cost of screenings for lung cancer.”

In its statement, the CMS supported annual lung cancer screenings for adult current or former smokers who meet certain criteria.

Visit Radiation Therapy News's profile on Pinterest.
We use cookies to ensure that we give you the best experience on our website. If you continue to use this site we will assume that you are happy with it. We never use your cookies for creepy ad retargeting that follows you around the web. OkRead more