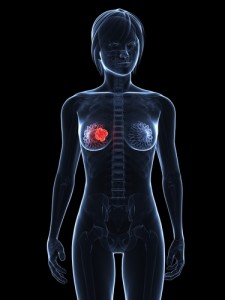 A team of researchers from Aarhus University Hospital, Denmark, conducted a nested case–control study of second lung cancer in breast cancer patients who received radiation therapy, to assess the effects of delivered radiation dose to the lung and the risk of second primary lung cancer.

Over the last years, breast cancer treatment has significantly progressed, resulting in prolonged survival-times and in increased awareness of treatment induced second cancers.

Different epidemiological studies have shown that irradiated breast cancer patients have an increased risk of second lung cancer, but the dose–response relationship for second cancers in the context of high dose radiation therapy is still uncertain.

In a study entitled “Risk of second primary lung cancer in women after radiotherapy for breast cancer” and published in the Radiotherapy and Oncology journal, the researchers analyzed a cohort of 23,627 Danish female one-year survivors aged 20 years or older, treated for early breast cancer between 1982 and 2007, selecting only patients diagnosed with primary loco-regional breast cancer, no previous malignancy, unilateral breast cancer and surgery performed according to the Danish Breast Cancer Cooperative Group (DBCG) guidelines.

The team observed that the average age of first and second cancer diagnosis was 54 and 68 years respectively, with a 12-year median time from breast cancer treatment to second lung cancer diagnosis. Additionally, a total of 91% of the cases were categorized as smokers vs. 40% in the control group.

Patients diagnosed with a second primary lung cancer 5 or more years after breast cancer treatment had a linear increase in lung cancer rate of 8.5% per Gray of radiation, especially among ever-smoking patients with an increased 17.3% per Gray.

Data from this study will hopefully help to develop improved treatment protocols aimed at reducing the incidence of treatment induced malignancies.